In collaboration with Walter Reed Army Institute of Research, SkySight Technologies has developed and demonstrated the feasibility of a tent trap that uses human odor and an airflow system to attract biting flies, mosquitoes, and other insect specimens for entomological research. Without risk of disease transmission to the human bait, the system safely traps the specimens.

The tent trap is an integrated component system that is easy to erect in the field and uses the human scent to attract the specimens. Harvesting and storing energy from the environment to provide power to the pull airflow system and light system has also been integrated into the design.

The airflow system captures the specimens in an innovative collection container which preserves them for appropriate entomological study and analysis. Initial testing conducted by entomology specialists documented successful capture and preservation of the specimens.

The tent trap was developed for the primary application of the surveillance and control of disease-carrying insects. Through full-field testing, including the AFRIMS facility in Thailand and the USAMRU-K in Kenya, the SkySight Tent Trap has demonstrated its effectiveness in harvesting human odor and effectively using it to attract and capture mosquitoes of scientific interest. In comparison testing, it collected more specimens of medical interest than the standard CDC miniature light trap and is a possible replacement for human landing collection assessments.

There is a patent pending on the SkySight Tent Trap. 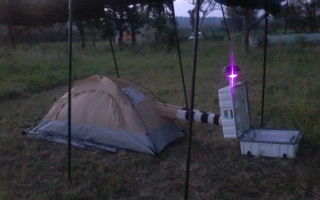 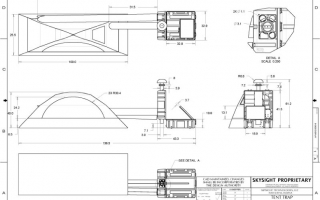 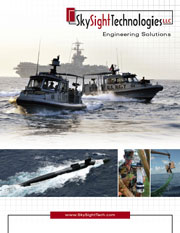